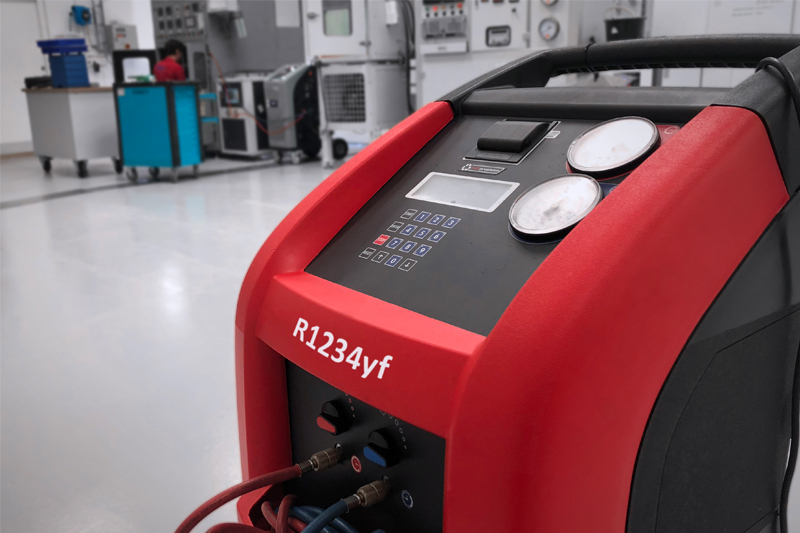 The colder days of winter mean many car drivers switch their air conditioning off around this time of year. But is that wise?

“Baby, it’s cold outside.” Well, yes, it is – and these dark winter months mean that the car’s plenty cold enough for most people without the use of the air conditioning.

But using air conditioning in the winter isn’t just about keeping cool. Many experts recommend it, in fact, among them our very own agony uncle Honest John. So what benefits does it have? Here’s our guide.

So, should I run my air con in the winter?

Yes, you absolutely should. Even if you don’t want your car to be any cooler than it is, you should run your air conditioning system at least every couple of weeks for a short spell on full-cold (10 minutes should be fine), which will allow the coolant to circulate through the system.

This is because the coolant actually contains a lubricant that helps to keep all the rubber seals and pipework in good condition. Failing to use your air conditioning for a long period means the coolant won’t move around, and the lubricant won’t act on the rubber parts.

That can lead to leaky seals, which can cause your coolant to ebb away, resulting in more frequent re-gasses or, in particularly bad instances, systems which won’t hold gas at all and need to have their seals changed.

Is that the only reason?

No, it isn’t. Without frequent use, moisture can build up within the air vent ducts that the system uses to pipe cold air to the air vents. This moisture can cause mould and bacteria to form, which are then blown into the car when you start the system again after weeks or months of inactivity.

Air conditioning is also an important tool to help you maintain your visibility through the winter months. It doesn’t just cool the air in your car – it dries it too.

That means using the air conditioning removes moisture in the air, which is particularly useful in the winter. It helps to keep your windscreen and windows clear – so if you’re steaming up, turning the air conditioning on will help enormously, and it can help clear mist from the glass sooner, enabling you to set off with clear screens earlier than you otherwise would.

But I want to be warm. Won’t air conditioning cool me down?

Not if you leave it on and turn the heater to warm. Doing this means the air conditioning system still runs, so you can keep it lubricated and benefit from the drying effect it gives, but you get warm air into the car.

My windows steam up even with my air conditioning turned on. Why is that?

If you’ve had your air conditioning turned off for a while, the moisture that’s collected in the ducts will be blown out into the car at first, which is why you always get a misting effect if you turn on a system that’s been off for a period of time. This is why, if you’re running your air conditioning intermittently, it’s always sensible to do so while the car is stopped.

If the mist persists for longer than a minute or so, it could be for one of two reasons. If you’re using your air conditioning in conjunction with the “recirculate” feature – the one that closes off the outside air to prevent fumes from entering the car – your windows will still steam up, because air moist with your breath is being recirculated faster than it can be dried by the system.

Turning the “recirculate” function off again will usually solve the problem. If it doesn’t, you could have a problem with your air conditioning or cooling system, so you should get your garage checked over at a garage.

What about the extra fuel it’s using?

It’s true that your air conditioning system uses more fuel when it’s turned on. But then, if you don’t have it turned on, you might need to crack a window open to help clear the mist from your screen – and the damaging effect this has on your car’s aerodynamics will cause you to use up around the same amount of fuel.

And if you want to avoid using your air conditioning altogether for the whole of the winter, remember that not keeping it good condition by running it every couple of weeks could lead to a bigger bill for a re-gas or repair later on, making it a false economy.

Can I just leave my air conditioning switched on through the winter?

Remember that that an air conditioning system contains moving parts, so you might find that those parts wear out sooner with constant use than if you turn the system on and off as and when it’s needed. But if you’re prepared to live with that, and the extra cost of the fuel, there’s no reason you can’t simply leave the switch in the “on” position.

Running your Car’s Air-Conditioning in Winter

The colder days of winter mean many car drivers switch their air conditioning off around this time of year. But is that wise?

If you notice that your vehicle pulls significantly to the left or right when you are travelling on a straight, flat road with little cross-wind, or your tyres are wearing abnormally, then your wheel alignment may require adjustment.

Many drivers buying part worn tyres do so in the belief that they offer better value for money when compared with new tyres. However, this isn’t necessarily so and buyers should consider the cost per mm of useable tyre, rather than just the initial purchase price.

A faulty Tyre Pressure Monitoring System (TPMS) is now an automatic MOT fail on cars registered after 1 January 2012 and is already catching motorists out – does your car have it and how do you know if it's working?

The award winning Groove Glove offers rapid recommendation for wheel alignment and tyre replacement. It does this by sending the collected tyre profile data to the cloud, where it is analyzed against over 120 tyre profile wear patterns. A report is then automatically sent to a printer describing the condition of the tyres and recommendations for each accordingly.